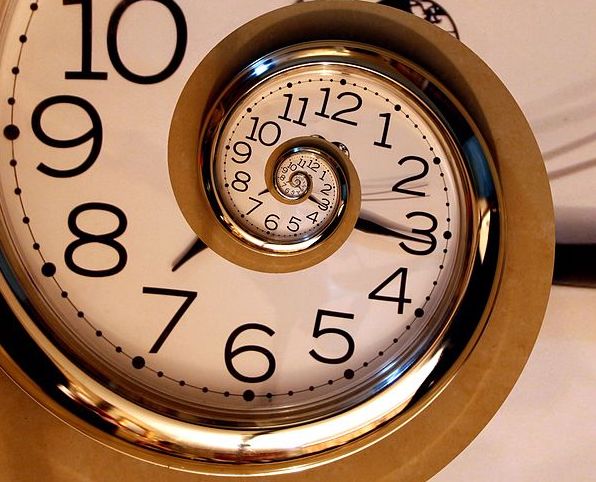 We turn back the clock, surrender ourselves to the thudding
darkness, drag the cold sun out of its murky prison cell, scudding
lower across the sky by mere measurement. Daylight skews.
Are the scorched shadows of Nagasaki back in the news?
Is it August 1945, or is it Pyongyang, 2017? Oligarchs charm
the devil in designer suits, rattle radioactive warheads like bones
in a cup, tossing their isotopic nightmare I-Ching across farm
fields, oceans, and boardrooms, cashing out before Armageddon
with polished monuments ready for new names to prepay Charon
while we dope-step blindly into history, our eyes fused to our phones.

The land shapeshifts under our feet. Time becomes a loop;
Is this Sand Creek, Colorado, 1864? Arapaho and Cheyenne
villagers and U.S. army cannons? Such glorious troops.
Is it Wounded Knee, 1890? No, this is Sandy Hook, Newtown,
Connecticut, 2012. The Indians are children. No. Look again:
it’s Columbine High School, 1999. The Indians are children,
the cowboys are children, and guns are still the weapons.
No. Fast-forward: Las Vegas, October 2017. The man
is not Crazy Horse or Leonard Peltier with a list of demands,
but a lone wolf on a losing streak in a hotel tower, raining down
bullets into twenty-thousand cowboys. A war rages in his head.
The blood congealing in an open field pools red.

The calendar flips backwards through years, tired epochs,
time’s grim course sweeping across Charleston and Antioch,
21st Century, past Memphis, April 1968, circling and spinning
back to Birmingham, September 1963, Indiana, 1930. A grinning
crowd gathers to pose for pictures around the mangled sun
hanging low from a tree. But the clock says it is Sunday in
America, November 2017, rural Texas: parishioners
in their sacred hour kneel to muzzle flashes and perish.
Supplication, execution: here is the church, here is the steeple;
open the doors and kill all the people.

Matt Hohner, a Baltimore native, holds an M.F.A. in Writing and Poetics from Naropa University in Boulder, Colorado. His work has been a finalist for the Ballymaloe International Poetry Prize, taken both third and first prizes in the Maryland Writers Association Poetry Prize, and won the 2016 Oberon Poetry Prize. Hohner’s work has been published individually in numerous journals, including Rattle: Poets Respond, Free State Review, and Crab Orchard Review. His book-length manuscript Thresholds will be published by Apprentice House Press in Fall 2018.