‘My ‘gina hurts,’ she says. She’s four. We’re camping.
No mothers, doctors. Nothing. Nobody.
A bat swoops low over the fern.
‘Leave it alone,’ I say.
‘Your body will fix it.’ (I pray.)
She brushes her teeth and spits into the fire.
‘It hurts,’ she says.
There are limits to my first aid training. A splint?
Tourniquet? Score it with a knife and suck out the blood?
I grasp my flashlight. ‘Let me see.’
She is standing. ‘Sit down.’ She sits.
‘Spread your legs.’
My hand shakes.
I’m no prude, you see
yet something down there frightens me.
In four years, in spite of diapers, baths,
shameless prancing nudity, I have somehow
never looked closely never dared
feared what I would
what I now see is a
lovely
little
vagina.
‘I don’t see anything wrong.
Except it’s dirty.’
I wash it. She squeals at the cold water.
But she’s cured.
So (I think) am I.

Previously published in the chapbook Son of a Poet.

At the Chemical Plant by Tamara Madison

Dad says he has a job for me,
drives me to school, my bike
in the back. In the afternoon
I ride through date groves
from Indio to Coachella.
In a small office in the corner
of the plant, my spot
is a desk where I type up orders
scrawled by salesmen
who can find surprising ways
to spell DeBonne and Vladimir.
It’s pleasant here; the grownups
crack jokes, play music,
when Dad is in the field.
When his pickup is spied
in the driveway, word goes out
and comes back in like a cold wind.
Backs straighten, conversation
freezes, souls shiver
as we get a read on his mood.
At quitting time we drive home,
Dad and I, a handful of words
between us, him singing along
to a country song, squinting
into the sun.

A Mother’s Lament by Wilda Morris

The men of my pueblo crossed the river
with only dreams in their pockets,
leaving false promises.
What do I tell my daughter
when she asks ¿Donde está mi papa?
How can I tie my son
to this place when he believes
his father left a trail of seeds
he can follow across mountains,
across the river, through deadly desert?
How can I make him understand
the seeds have been eaten by vultures
or sprouted into trees bearing bitter fruit?

First published in The Christian Citizen.

Promise me power or eternal life,
give me wealth, open your legs.
I am proof against all of it

thanks to my father,
who often recited If,
who turned to me

as we drove his weekly round
to collect twelve dollars
from women in cement block houses,

doors open, TVs flashing,
children playing on the sand floor
or coming to touch my pale skin in wonder —

he turned to me, a child of six,
as we rode in his rusted Hillman Minx and said:
You know, Don, I would never
be unfaithful to your mother.

Adam runs before the water
touches him. Peter, his twin,
pudgy and blond, sits squarely

on crushed shells, laughs
as waves roll over his belly.
Paul piles sand over our father,

erases all of him from the beach
except for his head, which he covers
with a bright blue towel.

As my sister and I walk by, timid
in our red bikinis, my father erupts,
roaring, his sand- and sun-blistered

arms flailing, pulling us in.
We tackle the great
monster man emerging.

Spirit level it’s called
this rectangular frame, vial
of liquid centered in the middle.
spirit center level
Not a yoga prop
but a mason’s tool
like the one my father used
Saturdays, Sundays, weekdays
after work laying brick
around our house in the valley
mastering geometry
turning oblong to curve.
Curve around orange tree
after tree, laden
with blossom then fruit.
My father lay brick on brick
with a cunning sure hand.
And I imagine his pleasure
as he checked this work
and found it true,
the one thing he could do
to make his world level
to make his world right,
one brick after brick at a time.

Palsied, father rose
without complaint
floating in the spoons of our hands
like a petal in a watery bowl
raised by love for a turn.

He could no longer speak
so we learned from his silence. 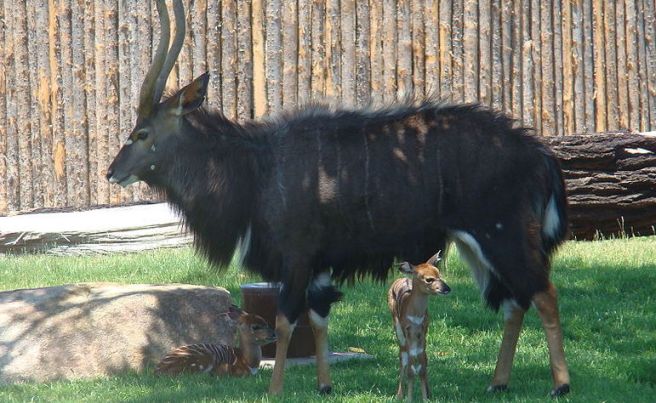 Joe Cottonwood is a semi-retired contractor who has spent most of his days in the building trades — carpenter, plumber, electrician. Nights, he writes. His most recent book is Foggy Dog: Poems of the Pacific Coast.

Tamara Madison is the author of the chapbook The Belly Remembers, and two full-length volumes of poetry, Wild Domestic and Moraine, all published by Pearl Editions. Her work has appeared in Chiron Review, Your Daily Poem, A Year of Being Here, Nerve Cowboy, the Writer’s Almanac and other publications. She is thrilled to have just retired from teaching English and French in a Los Angeles high school.

Wilda Morris is President of Poets and Patrons of Chicago and Past President of the Illinois State Poetry Society. Her poems have found homes in numerous anthologies, webzines, and print publications, including Christian Science Monitor, The Alembic, Chaffin Journal and The Kerf. She has won awards for both formal and free verse, and has been nominated for the Pushcart Prize. Her book, Szechwan Shrimp and Fortune Cookies: Poems from a Chinese Restaurant, was published by Rockford Writers’ Guild Press in 2008. Her poetry blog is found at wildamorris.blogspot.com.

Don Krieger is a biomedical researcher living in Pittsburgh, Pennsylvania. His poetry has appeared online at Tuck Magazine, Uppagus Magazine, VerseWrights, and others, in print in Hanging Loose, Neurology, and in English and Farsi in Persian Sugar in English Tea.

Linda McCauley Freeman has been widely published in literary journals and anthologies, including a Chinese translation of her work for an international journal. She recently won Grand Prize in Storiarts poetry contest honoring Maya Angelou, and her work was selected by the Arts Mid Hudson for inclusion in their Artists Respond to Poetry 2018 show. She was a three-time winner in the Talespinners Short Story contest judged by Michael Korda. She has an MFA in Writing and Literature from Bennington College and is the former poet-in-residence of the Putnam Arts Council. She and her husband are professional swing dance instructors in the Hudson Valley, NY (www.got2lindy.com).

Donna Hilbert’s latest book is Gravity: New & Selected Poems, from Tebot Bach, 2018. She is a monthly contributor to the online journal, Verse-Virtual. Her work is widely anthologized, including Boomer Girls, A New Geography of Poets, Solace in So Many Words, The Widows’ Handbook, and most recently in The Poetry of Presence. She lives in Long Beach, California. More at http://www.donnahilbert.com

Jeff Burt lives in Santa Cruz County, California, with his wife and a July abundance of plums. He has work in The Monarch Review, Spry, LitBreak, Wisconsin Review, and won the 2017 Cold Mountain Poetry Prize.