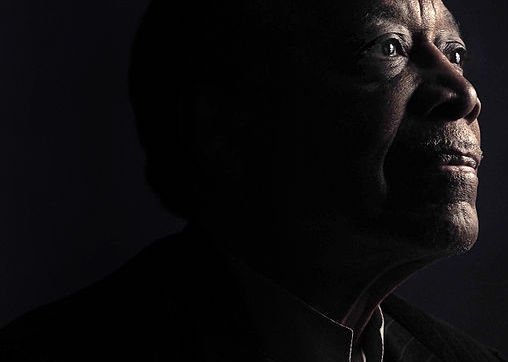 and by black, I mean,
no shade other than his oil-slick
skin was allowed to get close

enough to share the same air.
If he was reading this he’d say,
that goes for dominoes,
checkerboards, cows, penguins,

Zebras, soccer balls and cars too.
‘Say, white vehicles aren’t allowed
in the same lane on the highway.
Say, I got a double barrel and bail

money for anyone who becomes
brave behind the wheel. Jr speaks
only when spoken too, sir & mam
book-end each sentence unwieldy.

Story goes: Jr’s battalion, a slew of white boys
wary of napalm, sent him into the
grey of the unknown to get confirmation

and Jr has drank his coffee black ever since.

Daniel B. Summerhill is a poet and performance artist from Oakland, CA. Currently an MFA candidate at Boston’s Pine Manor College, Daniel has performed and taught guest workshops and lectures throughout the U.S, Europe, and South Africa. He has published two collections of poems, Crafted and Brown Boys on Stoops, and has been asked to perform at Ted Talk and Def Jam Poetry with Danny Simmons. His work has been published or is forthcoming in Pine Hills Review, Cosmonauts Avenue and The Voice among others.